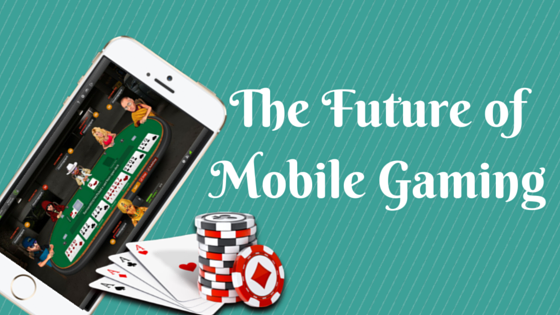 We have seen a huge peak in the number of smartphone and tablet users over the years and it is expected to rise in coming years too. This boom in the mobile industry have paved way for many game development companies to shift their focus from PC Games to Mobile Games especially on card games like mobile rummy in order to gain more players as well as revenue.

This global change in gaming industry has helped and revived many of the traditional games we used to adore in our childhood. Many of the board games as well as card games have their own online version which can be enjoyed with as many people, thanks to the real time multiplayer options most of the online games provide. With technology and hardware becoming cheaper and cheaper, we can expect a bigger boom in coming years and the games to become more stable.

Compared to EU and American game development companies, Indian companies were slow to the change in gaming industry. This helped many foreign companies to jump into the Indian gaming market and they started off by converting and developing some of the traditional games we Indians always used to adore. Some of the top games that were made online initially were Teen Patti, Indian 13 Cards Rummy, Andar Bahar etc. Although, most of these games generated huge profit, they failed in getting the players to play consistently and thereby lost the user base to their competitors.

This was the time when Indian game development companies started to get into the industry. Indian gaming companies also took the same path of developing traditional games to online, but they were clever and quick enough to know their players and embrace change whenever there is a need. This made these small gaming start-ups to consistently grab new players as well as to retain their current players.

The Rise of Mobile Rummy

Indian Rummy or 13 cards rummy was in the “top list of games to develop” for most start-ups. The reason for this being, Indians love to play card games during festivals as well as the kids are taught to play from childhood itself. This can give a clear indication that, if provided with free rummy game download, Indians will welcome the game whatsoever and because the children are aware of the rummy rules, the game will succeed in the near future too.

Now, in Indian gaming industry, most companies have their own polished version of Indian Rummy with some built-in exclusive features. Some companies went extra mile and were smart enough to bring multiple variations like Points, Pools, Deals and Tournaments in their mobile rummy game.

With easy and secure payment options, it is an ecstasy for each player in India to pass his free time playing mobile rummy games. Although, people often criticize for the fact that you can only win virtual chips rather than real cash, many online rummy websites are now offering APKs which can be downloaded directly to your smartphone/tablet and connected to your web account to play cash rummy.

In India, people play games according to their likes, age and demography. If you look to the southern side of India, people there are more interested in strategy based games compared to action games of northern India. This might be the reason why mobile rummy is a hit in south India and is still getting it roots in the northern parts. Indian game development companies are grossing millions each year just by building and targeting players who love to play strategy and skill based card games.

Over the years, the trend has gone upwards and due to the flexible work hours more people are indulging in mobile gaming battles. Online multiplayer games are always fun and because mobile rummy has got real time gaming, we can expect a bigger growth in coming years.

Just think about a time 10 years ago? People who loved to play rummy and other card related games have to wait for their friends and family members to join the game to start. But, with the boom of internet, everything has become easy and flexible. Nowadays, if a player wants to have a good time playing card games, he can go to Android or iOS app stores and download the rummy game for free from there. The only issue from downloading from in-built app stores is that they don’t allow a player to play for real cash.

To tackle this issue, online rummy game developers often release new versions of their free rummy game APKs which can be downloaded directly from the website to your smartphone or tablet. The other options to download free rummy mobile include, sending a SMS to a particular number to receive a download link or just scanning a QR code for direct download. Once downloaded, a player just needs to allow the app to run in their Android/iOS device to play for real cash. This has given more flexibility to the player as he can now access his rummy account both from PC and mobile and earn some real cash playing with ace skills.

The Future of Mobile Rummy

As more and more companies are joining the race to build the best traditional game, we can expect some excellently build free mobile rummy games in the near future. Most of the games nowadays give so much importance on their design and ease of play which can make card games more attractive to the next generation of players.

In 2016, the global mobile gaming market is expected to rise to a staggering number of $36.9 billion with USA, India and China being the major contributors. According to a report from Mauj Mobile survey, when it comes to time spent playing a game, Indian women play 78 minutes in average compared to 56 minutes by men. So, in near future we can expect more women players to join the mobile rummy revolution and thereby showing a greater peak in downloads, engagement and revenue.