How to Play Dummy Rummy? 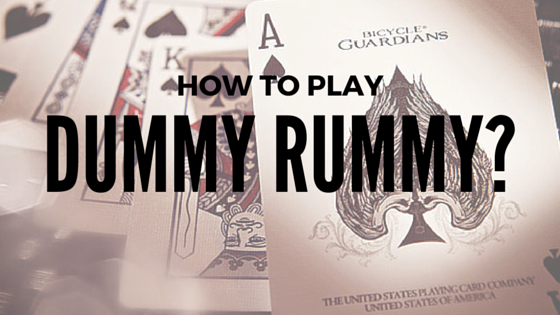 Dummy Rummy, a game similar to Contract Rummy is a simple yet interesting variation of rummy. It is best to play with 2 or 4 players. The game was originated in United States and is famous in some regions of Europe too. The game uses two standard decks of cards i.e. 108 cards. The number Two in any series are used as wildcards along with Joker cards.

The objective of the Dummy Rummy card game is to discard as many cards as possible by making sets and sequences. The player with no cards in hand will win the game with 0 points and the opponents will get a penalty of points of all the cards in his hand.

The game begins when 13 cards are dealt to each player just like that of Indian Rummy. A maximum of 4 players can play Dummy Rummy at once. The game follows a clockwise direction from the dealer. So the player sitting on the left side of the dealer will get the first chance to draw a card from the pile and discard one from his hand. The game continues until any of the players makes sets or sequences and gets rid of every card. Dummy Rummy is a game of endurance and a player must play to complete the 12 pre-determined melds as mentioned below:

In order to make sets and sequences, you can use jokers and wildcards too. But if you fail to make any legal melds, these wildcards and jokers can cause you the highest penalty. There are 12 hands in Dummy Rummy and player with least points wins the game.

The scoring system in Dummy Rummy is as follows:

So, when you are playing Dummy Rummy it is advisable to get rid of wildcards or Jokers as soon as possible by adding them in sets or sequences which will reduce your penalties if you happen to lose the game.

How to Play Dummy Rummy?