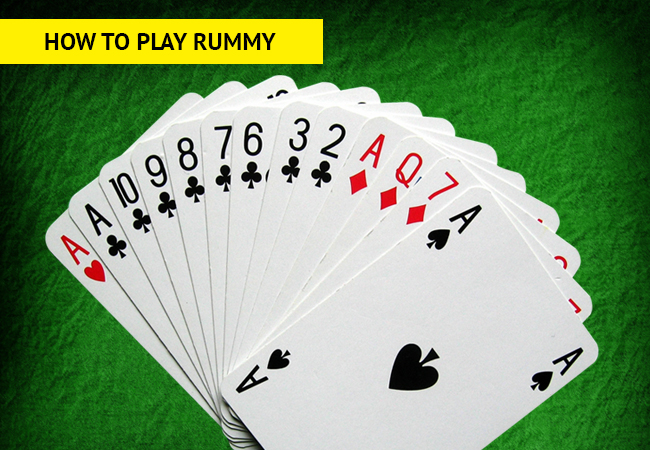 Rummy is one of the widely played card games in the entire Indian subcontinent. It is hard to find a card player who is not aware of rummy games. With millions of players, Indian rummy remains as one of the favourite leisure games played in parties, get-togethers, clubs and other gatherings.

Indian Rummy is called by many other names. Mostly known as ‘Paplu’ or ‘13 Cards Rummy’, the game is said to have evolved from the variation called as “Celeb Rummy”, which is a popular game played in the South Asia. The rules are quite similar due to which many theorists have concluded that Indian Rummy is a close variant of Celebs Rummy.

How to Play Indian Rummy?

In order to learn how to play rummy, you need to have two standard decks of 52 cards along with its Printed Jokers. Under the broad category of card games, Indian rummy is considered as a game of picks and discards. You need to arrange all the cards in your hands in valid sets and sequences by picking and discarding cards during your turns.

There are some basic concepts you must know before you proceed to learn how to play rummy.

Objective of the Game

A game of Indian Rummy can be played with two to six players. The game begins with a random toss to decide who will be the first player to draw the cards and a wild joker is selected from the deck. 13 cards are distributed to each player and the top card from the deck is placed face up to form the Open Deck. All the other cards are placed face down to form the Closed Deck. Each player has to pick a card from either Closed or Open Deck and discard one of the cards from the hand on the Open Deck.

Through picks and discards, players need to complete the objective of the game. Once, a player meets the objective of forming two sequences along with a pure one and all the cards arranged in valid sequences and/or sets, he has to discard one of the card as face down to declare the game. The cards are shown to the opponents and if valid, he wins the game of rummy.

So, now you know why Indian rummy is so widely played – its rules are so simple! However, it may look very easy to play; many complex strategies are used in the game. To learn the best strategies and tips to gain your first win on the rummy tables, visit our category Rummy Strategies. You can either get your decks of cards ready for an offline rummy experience with your friends or join any of the online rummy websites for free and start playing for real cash prizes as well as to polish your game.