Gin Rummy : An Analysis and Review on Gin Rummy’s Popularity 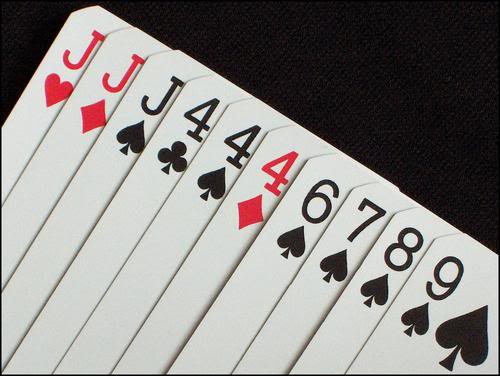 Gin Rummy, a 10 card multiplayer game is a popular variant of rummy. The game was evolved from Whiskey Poker and the main evolutionary who created the game in 1909 were Elwood T Baker and Graham Baker, a father-son duo.

If you have played gin rummy at least once then you should have known that it is played with 52 cards standard pack.  There are other variants of gin rummy too with different rules, but the deck remains the same.  The rummy game became popular worldwide all because of these variations of the game itself.  Another reason being 2-6 players can be accommodated in a game.

The gin rummy rules are easy to grasp but you have to play it regularly if you want to win more hands and cash. Another reason for the worldwide popularity is the rummy cash games where you have a chance of winning huge stack of cash with less deposit amount to enter.  As gin rummy is also a skill based game rather than saying it as a gambling game, the possibilities are higher number of players, competitions and tournaments. The rummy game is also legal in many countries including India even though it has almost every feature gambling games possess.

By the time online gaming became hit with the busy new generation, rummy games also started getting modern and developed its own online version. The online gin rummy game was well received worldwide and it became an instant hit. The advantages of online rummy games include playing with near and dear ones even if you are miles away, cash games to win high stakes, proper set of rules, payment security etc.

Rummy and its variations like Gin rummy are sure to make their impact in coming years as its popularity is increasing day by day. You just have to find some time in order to enjoy this amazing piece of skill game.

Gin Rummy : An Analysis and Review on Gin Rummy’s Popularity